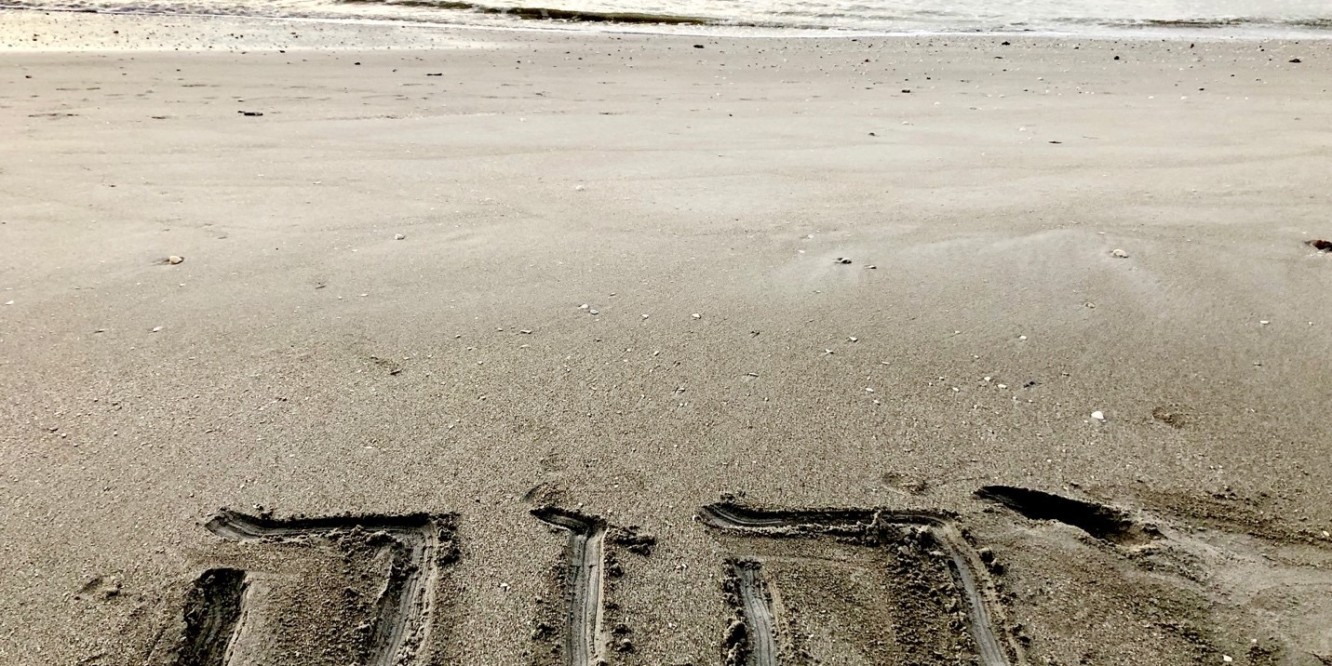 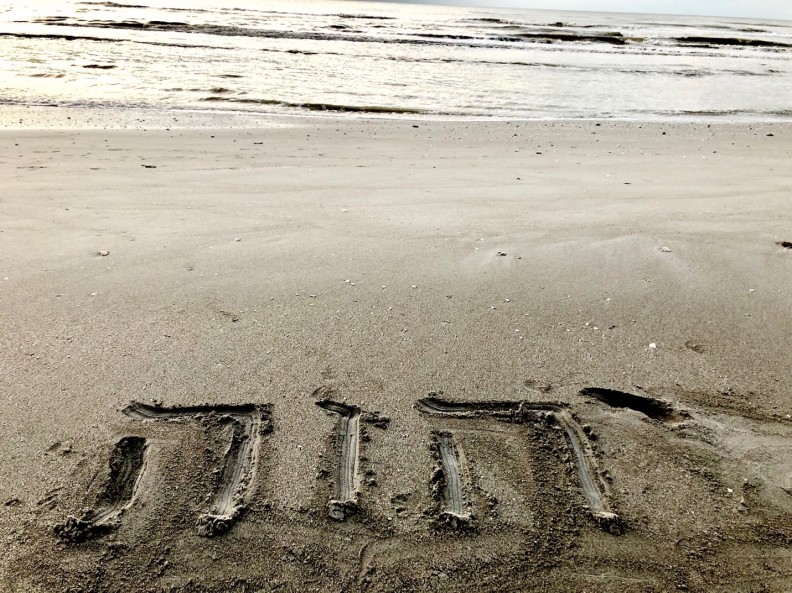 Jesus said to them, “Why are you so fearful? How is it that you have no faith?” And they feared exceedingly, and said to one another, “Who can this be, that even the wind and the sea obey Him!” Mark 4:40-41.

When I went out to walk the beach early this morning, I found all the shells and debris had been washed away by the waves of the sea. The beach was left almost entirely bare as a result of the wind and rain from the storm the night before. How did this happen?  God! That’s how it happened! The Lord sent the waves of the sea, which He created and controls, to wipe the sands of the seashore clean and to show His power to REDEEM. Even though He didn’t leave His name behind, I decided to do so on His behalf.

Yesterday, the pastor at Sanibel Community Church said, “Jesus doesn’t point to the way; that’s our job. Jesus is the WAY.” And so this morning, I carved the Tetragrammaton of YHWH in the sand with a shell pen to point to the WAY after His sacred clean-up job that took place on the beach while we were all asleep.

Yahweh is made of up of the four Hebrew letters, “Yod, Heh, Vav, Heh.”  According to these sacred Hebrew symbols, Yahweh not only means “I am”, but it also means “I BECOME”, or “I am the One who causes to BECOME”. Essentially, God’s name is a VERB! Yahweh is an action verb, auxiliary verb, and helping verb. God will be to us, for us, in us, and through us whatever we need Him to be and we cry out asking Him to be.

When the children of Israel experienced God personally, they would assign to Him a new name, essentially linking the name Yahweh to the attribute of His character which they had just experienced. Abraham declared God to be Yahweh Yireh, the God who sees to it or the God who provides, when He provided the animal sacrifice in place of Abraham’s son Isaac.

The Hebrew letter Yod, which looks like an apostrophe and is the first letter of YHWH, reading from right to left, means “hand” and embodies the idea that “future potentialities now exist.” “I ASKED it to be and here it is now.” Basically, “the Hand of God has done all this.” Some say the Yod represents the Father.

The two letters Heh, which look like broken staples, embody the idea of breath and spirit, and, consequently, the giving forth of life and energy. Heh is considered the Holy Spirit’s breath and Her activity of giving forth wisdom.

Between the two letters of Heh we find the letter Vav, which means tent peg or nail, and looks like a tent peg or nail. Vav embodies the idea of something taken to its greatest potential, as in the idea of “put a stake in it”. Obviously, Jesus, who is the WORD of God expressed to its greatest potential, represents the letter Vav. He is the One who is from the beginning, whose body upon this earth represented the temporary tent of God, was pierced with nails for the redemption of mankind, is now alive in the heavens, and is taking the hearts of men to their greatest potential.

Imagine Jesus saying to you what He said to His disciples in the boat during the storm on the Sea of Galilea, “Why are you so fearful? How is it that you have no faith?” And they feared exceedingly, and said to one another, “Who can this be, that even the wind and the sea obey Him!” Mark 4:40-41.

Yahweh, who’s called launderer’s soap in the Psalms, changed the face of the shore over night. How powerful is His breath and mighty are His hands?!

The shore went from this: 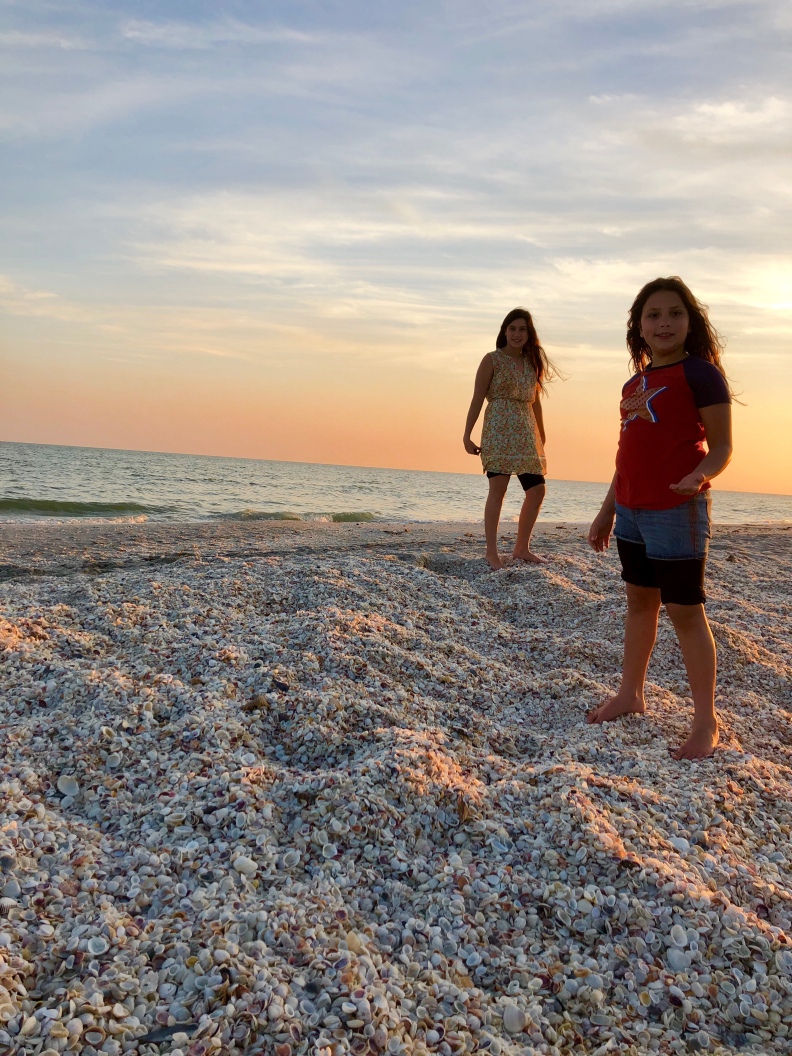 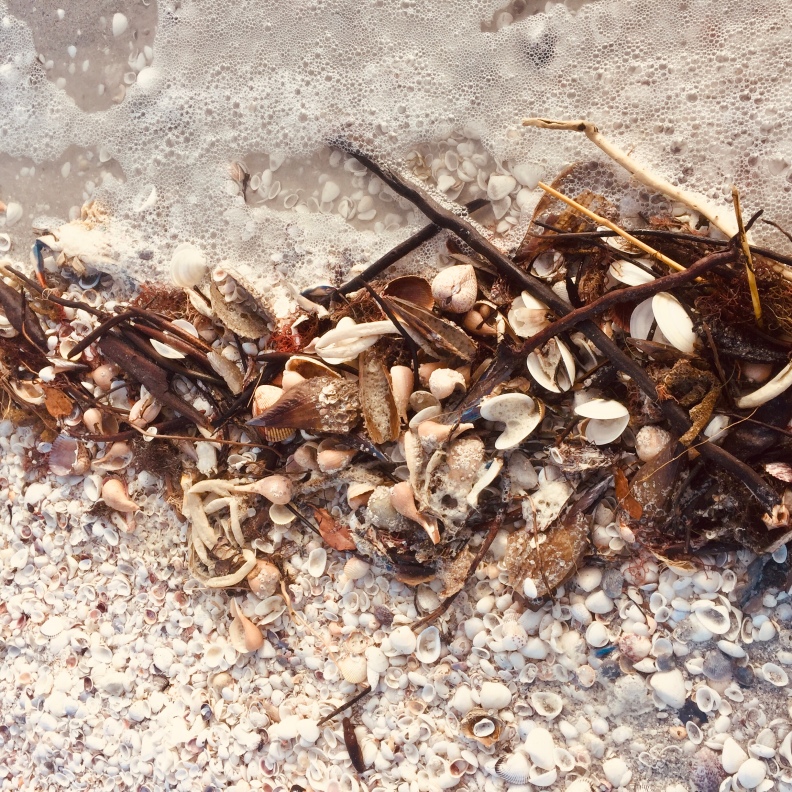 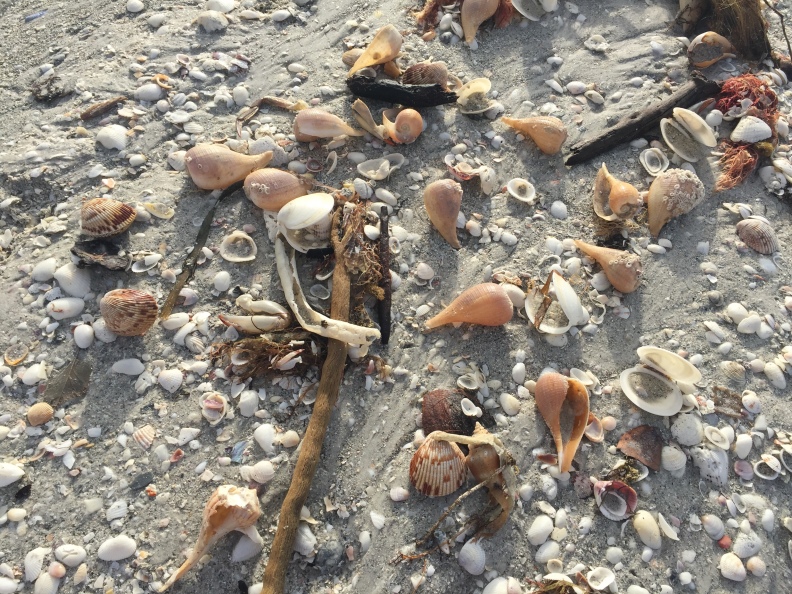 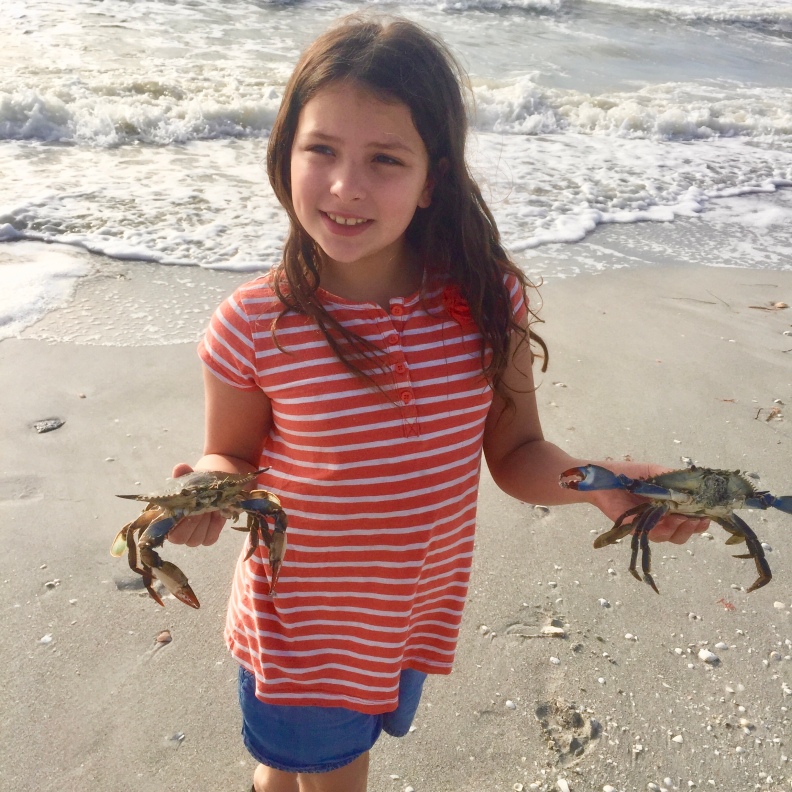 (Rescuing creatures from the debris, returning them to the sea.) 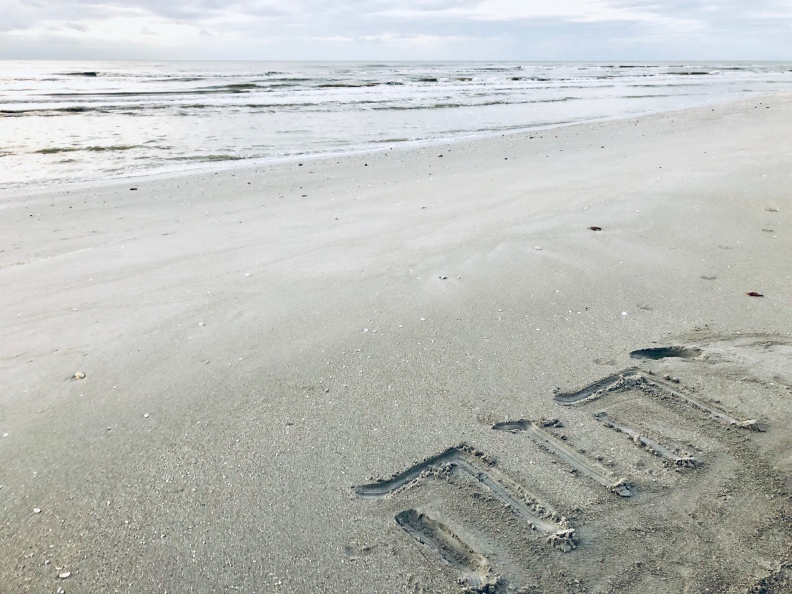 The God, whose hand (Yod) makes manifest His sanctity in the creation, is ever breathing (Heh) forth the message of sanctity through His creation; and having revealed sanctity to its greatest potential (Vav) through His Son, The Lord is, by His Spirit (Heh), ever sanctifying the hearts of those who believe by His Spirit, which is ever breathing (Heh) forth the hope of sanctity through the many canvases of His WORD – as the logos word is written in the Bible, in the creation, in the person of Jesus, and on the hearts of those who are BECOMING like Him with ever-increasing glory.

Our hearts become like refurbished canvases being painted over by a master craftsman. Some of the greatest works of art were painted on refurbished canvases. God doesn’t give up on the unlovely parts. Making something BECOMING out of what once was unlovely, is His specialty.

In honor of the cleansing work on the beach and the work the Spirit is ever-doing in the hearts of those who come to Him for washing, I write this blog as a witness to the image given by Yahweh M’Kaddesh, the Lord who sanctifies. “Christ loved the church and gave Himself up for her to sanctify her, cleansing her by the washing with the water through the word, and to present her to Himself as a glorious church, without stain or wrinkle or any such blemish, but holy and blameless.” Ephesians 5:26b-27.

Now, as you go about your day, REMEMBER and choose to STAND on the promise which the Lord gave to Abraham saying, “I will surely bless you, and I will multiply your descendants like the stars in the sky and the sand on the seashore. Your descendants will possess the gates of their enemies.” Genesis 22:17.

As I finished writing my reflections on Yahweh and His redeeming action of clearing the beach outside our home, my children called to me to come to the porch saying, “Mom, come see the rainbow outside.” The image of the rainbow reminds us that God promises to bring an end to every storm. Like the storms in nature, the storms in our lives have a way of bringing forth sanctity and redemption of soul for those who seek the Lord. Please join me in seeing with the eyes of faith what the Lord is trying to impart to you this day for the sake of your own BECOMING in Him.

View all posts by kerryhasenbalg

6 Replies to “Yahweh, The One Who Causes to BECOME”